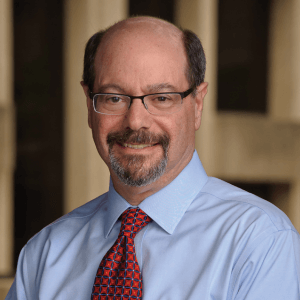 William (Bill) Behrendt is a principal consultant with Stamp & Chase, with primary responsibility for organization development and human resources strategy. Dr. Behrendt most recently served as Vice President for Human Resources at the University of Texas Southwestern Medical Center in Dallas, Texas, where he was responsible for all “people” issues at the medical school and its University Hospitals and Clinics.

Prior to coming to Dallas in 2003, Dr. Behrendt served as Vice President for Human Resources for CareGroup Health System and Beth Israel Deaconess Medical Center in Boston Massachusetts.  He previously held the role of Senior Vice President for Human Resources at the BJC Healthcare System in St. Louis, Missouri.  He also served as President of Barnes-Jewish West County Hospital in St. Louis.  In these positions, Dr. Behrendt gained extensive knowledge and experience in organization development, mergers and acquisitions, change management, strategic planning and executive coaching.

Dr. Behrendt began his career in retailing with the May Department Stores Company headquartered in St. Louis, where he held positions in consumer research, strategic planning, executive development and human resources.  He earned a B.S. in Psychology from Tulane University in New Orleans, and his PhD in Clinical Psychology from Washington University in St. Louis, and completed a psychology internship at UT Southwestern in Dallas.  He is also a graduate of the Certificate in Executive Coaching Program at University of Texas at Dallas, and a Professional Certified Coach member of the International Coach Federation.  Dr. Behrendt has held faculty positions at Simmons College in Boston, UT Southwestern, and UT Dallas, and has served as a board member for the Barnes and Jewish Colleges of Nursing, the Picker Institute, LaunchAbility, and HealthPartners of the Midwest.

Dr. Behrendt was recipient of the 2014 “Strategic HR Leadership Award” from Strategic HR Excellence, and named one of the “Top 10 Breakaway HR Leaders” for 2011 by the HR Global Summit for his work in innovation, engagement, and cultural transformation at UT Southwestern.  In 2012, Dr. Behrendt also accepted the International Coach Federation – North Texas Chapter PRISM Award for integrating coaching as part of the UT Southwestern Leadership Development Program.